The low luminosity of Uranus is a long-standing challenge in planetary science. Simple adiabatic models are inconsistent with the measured luminosity, which indicates that Uranus is non-adiabatic because it has thermal boundary layers and/or conductive regions. A gradual composition distribution acts as a thermal boundary to suppress convection and slow down the internal cooling. Here we investigate whether composition gradients in the deep interior of Uranus can explain its low luminosity, the required composition gradient, and whether it is stable for convective mixing on a timescale of some billion years. We varied the primordial composition distribution and the initial energy budget of the planet, and chose the models that fit the currently measured properties (radius, luminosity, and moment of inertia) of Uranus. We present several alternative non-adiabatic internal structures that fit the Uranus measurements. 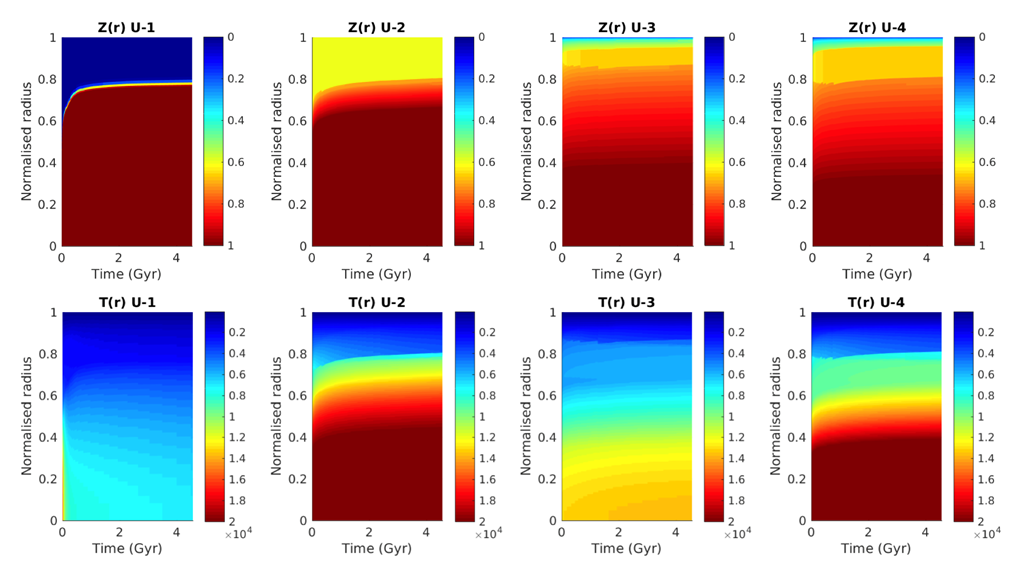